The colorful buildings of The Pacific Design Center

A nighttime street view of the iconic The Comedy Store

Whisky A Go Go on the Sunset Strip

Shopping and dining at Sunset Plaza

Music fans lined up to catch a show at Troubadour

Neon lights aglow outside nightclubs on the Sunset Strip

West Hollywood is synonymous with the glitz and glamor of the California scene. Known for its exquisite shopping, world-class dining and thriving entertainment industry, this walkable city attracts visitors from around the world with its star-studded allure. From the cutting-edge Design District to the chic boutiques on the Sunset Strip to the high-energy vibes of Santa Monica Boulevard, West Hollywood offers excitement, culture and history against the spectacular backdrop of Los Angeles – all of which can be viewed from a sparkling rooftop pool.

Shopping, historic restaurants and legendary nightclubs await on the infamous Sunset Strip. You may even spot a celebrity or two during your adventure. Check out the unique boutiques like Samira 13, or shop at Sunset Plaza, home to a variety of stores and cafes. Looking for a laugh? The Comedy Store has hosted iconic comedians such as Jim Carrey and Whoopi Goldberg. For a night of entertainment, enjoy a concert at Whisky A Go Go or The Roxy Theatre. Refuel after your activities at one of the many eateries on the Sunset Strip, with options including classic American fare, Tex-Mex and more.

The LGBTQ+ community plays an important role in West Hollywood, and Santa Monica Boulevard is considered the community’s cultural hub. A historic section of iconic Route 66, it’s home to bars and clubs in the Boystown District as well as the popular Rainbow Crosswalk. Sip on signature cocktails and feel like a celebrity at Tom Tom, known for its mouthwatering bar food and star sightings. Dance the night away at Micky's nightclub or enjoy weekend brunch at The Abbey, which has been ranked as the best gay bar in the world.

West Hollywood is a celebration of culture, artistry and trendsetting. In the Design District, the Pacific Design Center is easily identified by its colorful, geometric architecture. Serving West Hollywood’s creative design community, the center offers more than 70 showrooms, as well as exhibits and educational opportunities. The MAK Center for Art and Architecture at the Schindler House – in the landmark home designed by architect R.M. Schindler – allows visitors to explore the grounds and learn about its colorful history. Public art displays are prevalent too. Two must-sees for the social media set include the RETNA Wall Mural, a black-and-white masterpiece at Craig’s Restaurant, and the Pink Wall Mural at the Paul Smith Store nearby on Melrose.

Whether you’re sipping cocktails at a rooftop pool or biting into mouthwatering dishes from celebrity chefs, you can feel like a star 24/7 in West Hollywood. Known for its old-school flair, Dan Tana’s is a West Hollywood staple that has been serving celebrity clientele and the local community since 1964. Sushi Tama brings an upscale twist to sushi thanks to Chef Hideyuki Yoshimoto’s decade of experience working at Tokyo’s Tsukiji Market. A new edition to West Hollywood’s culinary scene, Soulmate, opened by California superstar chef Wes Whitsell, is serving up mouthwatering Spanish Mediterranean food over an open fire.

Visitors looking for the red-carpet treatment will find it at many of West Hollywood’s hotels. The bungalows and suites at Hotel 850 SVB add a cozy-chic feel to your stay, while 1 Hotel offers up eco-friendly amenities on the Sunset Strip within walking distance of the local nightclubs, restaurants and comedy clubs. Chamberlain West Hollywood on Santa Monica Boulevard offers a creative vibe with gorgeous rooftop views of the Los Angeles skyline.

The infamous Sunset Boulevard used to be a dirt road and a commuter route from Beverly Hills to Hollywood prior to becoming the legendary nightlife hot spot it is today.

The westernmost leg of historic Route 66, once the USA’s main cross-country highway, passes through West Hollywood and is still marked with the iconic shield-shaped signage.

West Hollywood is nicknamed "The Creative City." In the heart of it all is the landmark Pacific Design Center complex, known not only for its brightly colored Red, Green and Blue buildings, but also for hosting many glamorous awards season parties.

Universal Studios Hollywood: Seasonal Events That Add to the Excitement 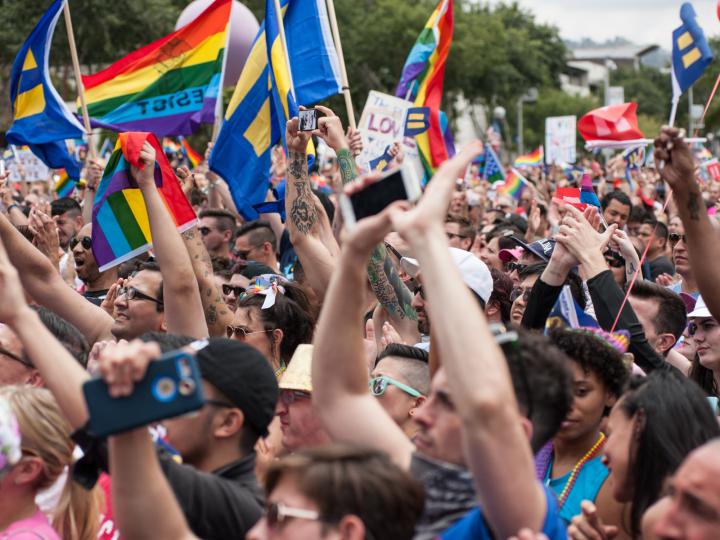