Mountain biking on trails through the hills

Family fun time riding the trolley around the city

Hiking in the rolling hills for spectacular views

Enjoying live music at the Concerts in the Plaza series downtown

The classic neon marquee of the historic Fremont Theater

Waterfall spotting on a hike through the woods

Exploring the galleries at the San Luis Obispo Museum of Art

Cultural gems and outdoor escapes in the heart of Central California

Just a few minutes outside of the city center, catch a double feature at the Sunset Drive-In, then stay the night at the Madonna Inn, famous for its 110 guest rooms adorned with whimsical, vintage décor such as shag carpeting, ornate antique furniture and walls that look like the inside of a cave.

San Luis Obispo County’s mountains-meet-sea terrain is made for outdoor adventures. Hiking is both scenic and abundant. Two of the most popular trails in SLO are the Reservoir Canyon Trail, which starts your trek off with a quaint waterfall before a 411-meter elevation gain, and Cerro San Luis, sometimes called Madonna Mountain, known for its distinctive M-shaped double peaks topping out at 393 meters. They are part of a collection of extinct volcanic peaks, or morros, nicknamed the Nine Sisters, which stretch throughout the county’s western region.

The central coast of California’s famous beaches are just 30 minutes away. Soak in nearly 130 kilometers of coastline and 315 days of sun a year. Try kayaking, windsurfing, kiteboarding, stand-up paddleboarding or surfing.

From freshly caught seafood to award-winning wine, SLO has your appetite covered. Downtown restaurants serve a little something for everyone – healthy breakfast smoothies at Seeds, upscale wine pairings at Ciopinot and huge scoops of homemade ice cream at Doc Burnstein’s Ice Cream Lab. Thursdays are for fresh produce, local gifts and live music at SLO’s popular farmers market. The Paso Robles and San Luis Obispo wine countries are home to approximately 250 wineries growing more than 40 grape varieties. Book a winery tour to get the most out of your trip. If wine isn’t your thing, there are dozens of breweries, cideries and distilleries, too.

Bubblegum Alley has an estimated 2 million pieces of gum stuck to the walls of its 21-meter-long alleyway. Add your own.

Dating to 1950, the Sunset Drive-In movie theater is one of fewer than 20 drive-in theaters remaining in California.

Foodies: Check off these 5 Experiences in Santa Barbara, California

Santa Barbara, California: From Land to Sea in ‘The American Riviera®’

Where to Go Whale Watching in the Western USA

Where to See Dory and Her Fish Friends

California: 4 Ways to Celebrate the Land of Plenty

10 Days of Sights and Eats on California’s Highway One

The Treasures of Gold Country

Where to See National Parks Adventure

Amazing Places to Go Surfing in the USA

The Ultimate Guide to Skiing and Snowboarding in California

5 Itineraries for a Luxurious Trip in California 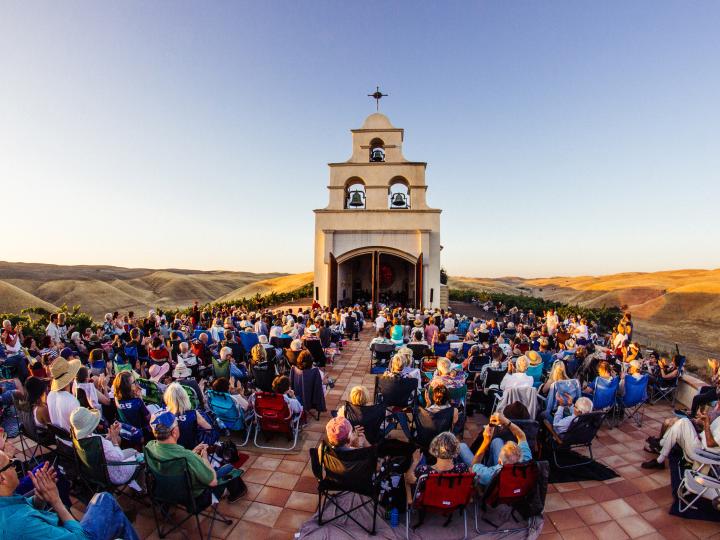 Roll Out the Barrels

Pride in the Plaza

City to Sea Half Marathon