Sunset over the marina at Channel Islands Harbor

Explosion of colors at sunset at Mandalay State Beach

Catching a wave at one of the city’s beautiful beaches

Courtesy of Ventura County Coast
9 of 10

Basking in a Mediterranean-like climate about 100 kilometers northwest of Los Angeles, Oxnard offers everything you’d want in a seaside utopia, but without the crowds or cost. Experience natural wonders, surf some waves, delve into a vibrant arts community and find out why stars from Hollywood’s golden era and some of music’s biggest names have lived or vacationed in California's hidden pearl.

So much of what happens in Oxnard is centered on its pristine coastline. Just off the coast, Channel Islands National Park, nicknamed "North America's Galapagos,” features a goldmine of ecological gems and wildlife spread over five islands, as well as one of the largest and deepest sea caves in the world. Sea lions, seals, otters, whales and land animals like foxes and snakes are among the inhabitants of the islands. Island Packers is one of several ferry and boat operators that take visitors from Oxnard’s Channel Islands Harbor to the park and offer whale watching tours. For a more hands-on approach to the outdoors, Channel Islands Kayak Center can get you out on the water among the wildlife. Meanwhile, the mile-long Silver Strand State Beach at the mouth of the harbor is a surfer’s paradise with sections geared toward intermediate and expert-level wave riders.

Hanging in the Harbor

Channel Islands Harbor is the launching point to get out into the Pacific Ocean and to the national park, but it’s also a hub of action in Oxnard. Centered around Marine Emporium Landing, there’s a variety of restaurants specializing in everything from pizza and seafood to Brazilian and Californian cuisine, as well as ample shopping. Parks and picnic areas line the coastline, but you can also hop on a jet ski or go parasailing if you want to crank up the excitement.

Lifestyles of the Rich and Famous

Oxnard has been called “Hollywood by the Sea” because of its connections to Tinseltown. Legends like Greta Garbo, Clark Gable and Rudolph Valentino owned vacation homes here, and scenes from “Back to the Future” and “Captain Marvel” were filmed in the city. Famous musicians like Dave Grohl of Nirvana and Foo Fighters fame and hip-hop artist Madlib have lived in Oxnard. Recording studio Teatro on Oxnard Boulevard has drawn rock royalty like Bob Dylan and Neil Young. Oxnard is also home to the training camp for the National Football League’s Dallas Cowboys. The team comes to town for preseason summer practices each July, which are open to the public.

Take a break from the sea and sand for a tour of two of the most unique automotive museums you’ll find anywhere. Aficionados will be revved up about the Mullin Automotive Museum and its collection of historic French automobiles. Businessman and philanthropist Peter Mullin has amassed an amazing fleet that includes Bugatti, Delage, Delahaye, Hispano Suiza, Talbot-Lago and Voisin cars, as well as French racecars that won the Grand Prix de Pau and Le Mans. Meanwhile, the Murphy Auto Museum has a slew of classic cars ranging from a 1910 Duro to a 1975 Jaguar XJ6 CL. But the real draw here is one of the largest vintage trailer collections in the western USA, a batch that’s highlighted at the annual Vintage Trailer Show each June.

Nicknamed “the Mona Lisa of cars,” what was until 2018 the world’s most expensive car ($30 million USD), a 1936 Bugatti Type 57SC Atlantic, is on display at Mullin Automotive Museum. Although the owner would not sell, the car still holds the record for highest bid at $250 million USD.

Known as “Hollywood by the Sea,” several Oxnard thoroughfares were named after some of Tinseltown’s most famous streets, including Sunset Drive, La Brea Street and Laurel Court.

In Channel Islands National Park, San Miguel Island is home to one of the largest California sea lion rookeries in the world. It has a breeding population of approximately 80,000 animals.

Foodies: Check off these 5 Experiences in Santa Barbara, California

Santa Barbara, California: From Land to Sea in ‘The American Riviera®’ 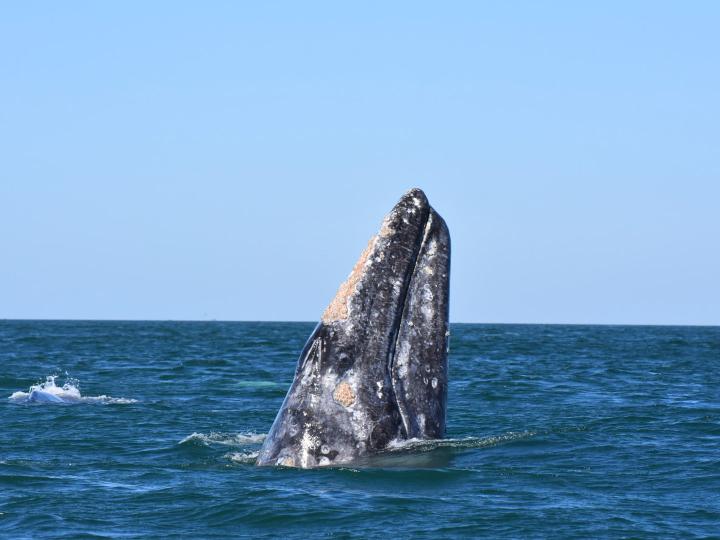 Celebration of the Whales

Santa to the Sea 5K & Half Marathon