Walking up to the The Bingham-Waggoner Estate

The unique spire at Community of Christ

Taking a covered wagon ride with costumed reenactors from the past

Seat of settlers, spiritual landmarks and a beloved president

You won’t find a more aptly named city than this one, where 33rd U.S. President Harry S. Truman spent most of his life, and intrepid pioneers and frontiersmen charted a course west, traveling on the three Emigrant Trails in the mid-19th century.

Given the area’s distinctive history, you’ll want to start at Historic Independence Square, where the Truman Courthouse is the centerpiece. Visit the building’s History Center as well as the president’s old office and courtroom. Outside, check out monuments to pioneers and the trails they followed west. Take a horse-drawn carriage ride through the square before stopping off at two Truman landmarks, Harry S. Truman Library & Museum and the Truman Home National Historic Site. In the museum, explore exhibits covering all aspects of Truman’s life and time in public office before heading to the People’s President’s nearby home. Get oriented at the Visitors Center, then take a guided tour of the home Truman shared with his wife, Bess. The historic site also includes a cluster of other buildings to see.

Once a frontier village, Independence launched thousands of pioneers west by the three major trails – Santa Fe, Oregon and California – that crossed the city. The National Frontier Trails Museum is dedicated to preserving that history, offering films, artifacts and even evidence of pioneer travel in the form of wagon ruts left in the ground. Take a Covered Wagon Tour and a tour of the Chicago and Alton Depot, a restored 1879 train station next to the museum. Head to 1859 Jail, Marshal’s Home and Museum nearby and walk through the old lockdown, an area of 12 huge cells that reflect what awaited in Independence for frontier criminals. See how the other half lived – in this case, the law – in the Marshal’s house, a picturesque home adjoining the jail. Independence’s gracious estates attest to the comfortable lifestyle of many of its 19th century residents. Visit Vaile Victorian Mansion and the Bingham-Waggoner Estate for tours and events capturing the spirit of living in historic high style.

Marvel at the architecture of Community of Christ Temple and Auditorium – with a twisting steeple that seems to puncture the sky – before exploring both. See symbolic and stained-glass artwork, a massive 5,685-pipe organ and a Japanese meditation garden at this denomination’s international headquarters. Continue your spiritual education at Mormon Visitors Center, which stands on the lot originally purchased by church founder Joseph Smith. Inside, exhibits depict the history of Mormon settlers. For a taste of Independence’s quirky side, head to the Puppetry Arts Institute, where a museum houses several collections of them. Catch a performance or take a puppet-making workshop. You’ll find Leila’s Hair Museum just as fascinating. Its Victorian-era hair art includes 300 framed hair wreaths and 2,000 pieces of jewelry made of hair.

Starting in the 1830s, Independence was a key site for western migration in the USA, acting as the primary jumping-off point for the California, Oregon and Santa Fe Trails.

Fountains of Fun in Kansas City

Ask a Local About Columbia, Missouri

Dining Along Route 66: A Missouri Road Trip for Foodies

Route 66 Through Missouri: Get Your Kicks in 3 Charming Areas

The Sounds and Legends of the USA’s Classical Music

7 Tastes to Savor at Historic Hotels

Dig for Buried Treasure in the USA

5 Gay Pride Celebrations Around the U.S. You Shouldn’t Miss

4 Rare Birds to Look For in the USA

5 Awe-Inspiring Fourth of July Celebrations in the U.S.

10 Big-City Barbecue Restaurants You Must Try 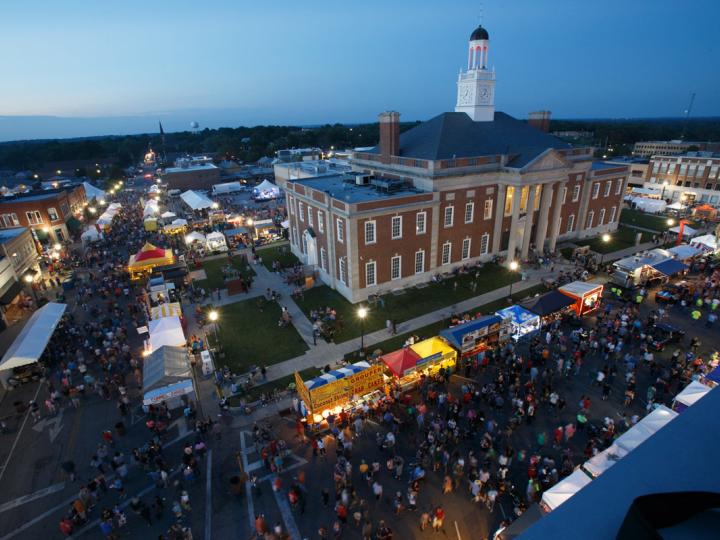