A beachfront pier under a blue sky

Taking an art walk at FATVillage

Enjoying the view from the Water Taxi

A relaxed beachside metropolis with culture and canals

Catering to travelers who want to experience its laid-back but refined seaside culture and beautiful scenery, the Greater Fort Lauderdale area welcomes visitors from around the world. Find yourself surrounded by blue skies, swaying palm trees and smiling faces – from the beaches to the Florida Everglades.

When it comes to beaches, the area is second to none with 37 kilometers of golden shoreline that cover eight beach towns, each offering its own distinctive vibe. From the cove-like, family-favorite Deerfield Beach, fishing hot spots of Pompano Beach and retro-cool Hollywood beach, to the seaside village charm of Lauderdale-by-the-Sea and cosmopolitan feel of Fort Lauderdale, there’s a beach to match any mood.

On the wilder side, watch for alligators as you ride along the famed “River of Grass” in the Everglades. Visit the world’s largest butterfly garden and hummingbird aviary at Butterfly World. Join a guided nighttime turtle walk to spy some hatchlings as they scurry out to sea. Get around by hopping on the Water Taxi, which includes New River, Fort Lauderdale, Hollywood and Whistle Stop routes. Two sightseeing excursions – Jungle Queen or Riverfront Cruises – expand on the water fun and the area’s extensive canals.

Head to Gulfstream Park, home to the world-renowned Pegasus Cup, as well as tons of shopping and dining options. Catch a Broadway musical at one of the most-visited theaters in the world, Broward Center for the Performing Arts, or an outdoor concert at Pompano Beach Amphitheater. At the NSU Art Museum Fort Lauderdale, you’ll find dynamic exhibits of modern works and a 7,000-piece collection. Tour the Downtown Hollywood Mural Project to tap into more of the area’s creative juices. Sports fans will also find themselves enthralled by a cricket match at the only IAC regulation cricket field in the USA at Central Broward Regional Park & Stadium, while the Florida Panthers professional hockey team cut up the ice at the BB&T Center in Sunrise.

Stroll through the trendy boutiques on Las Olas Boulevard, a see-and-be-seen experience, before soaking up the nightlife at Seminole Hard Rock Casino or the Underground Lauderdale scene, where live music, art and film come together.

We inspire tourists to visit and work with the travel industry to promote this destination worldwide.
For general inquiries and travel information:
Send email
Phone:
954-765-4466
Web:
https://www.sunny.org/travel-trade/

Fort Lauderdale has so many canals, it's known as the Venice of America.

Greater Fort Lauderdale is the Yachting Capital of the World, home to more than 55,000 yachts.

Outdoor Fun for All Speeds in Greater Fort Lauderdale, Florida

Fort Lauderdale and Beyond: Explore Southeast Florida by Land and Sea

Fort Lauderdale: Shopping and Dining in the Sun

Sand, Sea and Sun in Surfside

Sun and Fun in Miami and the Florida Keys

A Visual Guide to Miami

A Tasty Tour of Little Havana

On and Under the Water in Biscayne National Park

Miami, Florida: 6 Days Touring In and Around the City

Ask a Local About Miami, Florida

The Worldly Sounds of Miami, Florida

The Palm Beaches, Florida: 3 Ways to Explore Like a Local

The Palm Beaches: Outdoor Adventures for the Whole Family

The Palm Beaches, Florida: The Ultimate in Tropical Luxury

The Palm Beaches: A Glimpse into 3 South Florida Towns 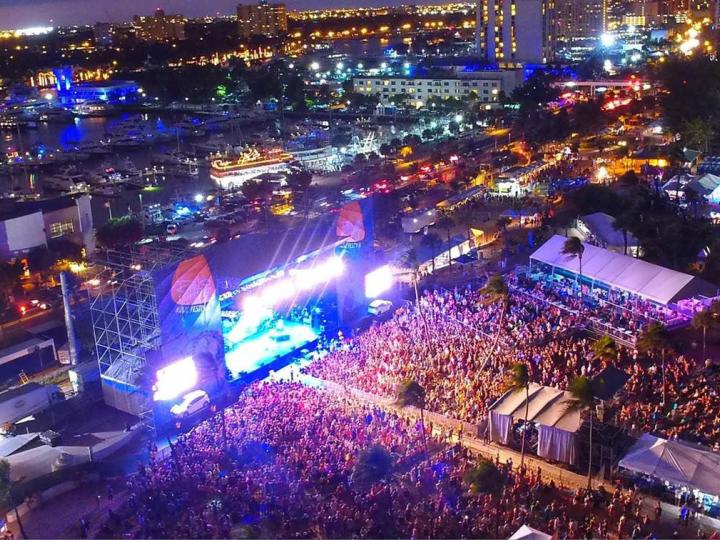