A classic 'woody' surf wagon cruising along the coast

The Ritz-Carlton, Laguna Niguel, perched on a cliff overlooking the Pacific Ocean

A whale spotted off the coast

A surfer watching the sunset at Strands Beach

Orange County’s beach paradise, as upscale or laid-back as you crave

The beach town of Dana Point is nestled on a cliffside in idyllic south Orange County, halfway between Los Angeles and San Diego and within easy driving distance of Southern California’s hottest attractions. Whether you’re in the mood to luxuriate in a beachside resort or take advantage of legendary surfing and sunning, you’ll escape to a less-crowded, totally approachable beach paradise.


Ride the Wave of Surf Culture

Southern California is synonymous with surf culture and Dana Point is at the heart of it all. In fact, one influential group of early surf icons was dubbed the “Dana Point Mafia,” consisting of locals Hobie Alter (founder of Hobie surf brand in 1954), John Severson (founder of “Surfer” magazine in 1962), legendary surfer Phil Edwards, and filmmaker Bruce Brown (“Endless Summer,” 1966). Take selfies with their statues at Waterman Plaza. Hop over to Doheny State Beach for your very own surf lesson on beginner-friendly waves or surf at Salt Creek Beach, one of the “Endless Summer” film locations. In the neighboring city of San Clemente, check out the awesome collection of historic surfboards, art and other surf memorabilia at the Surfing Heritage and Culture Center – a must-stop for beach bums and surf enthusiasts.

Escape to the Ocean

In addition to surfing, there are plenty of other ways to enjoy the Pacific. Stroll along picturesque Dana Point Harbor, home to a massive 2,500-slip marina, unique boutiques and tempting waterside dining. Reserve a whale-and-dolphin watching cruise to see why Dana Point has been called the Dolphin and Whale Watching Capital of the World™; or sail out to Catalina Island for golfing, horseback riding, hiking and shopping. Take your pick of other water sports, from paddleboarding and kayaking to scuba diving and fishing.

Considered the Birthplace of Orange County, Mission San Juan Capistrano is the seventh of 21 Spanish missions established in California during the 17th and 18th centuries. Every year on March 19, the mission hosts the annual Saint Joseph’s Day and the Return of the Swallows celebrating the mission’s beloved bird population. Learn local maritime history and ecology at the Ocean Institute. You can even sail on a replica 18th century schooner and experience the ocean as explorers did centuries ago. Don’t leave without hiking Dana Point Headlands Preserve. The trails boast iconic cliff, ocean and beach views of Dana Point’s famous Headlands, blanketed in beautiful wildflowers in the spring.

Dana Point is named after Richard Henry Dana Jr., who called it “the only romantic spot in California.”

Huntington Beach, California: The Art of the Beach Getaway

Disneyland Resort in California: A World of Enchantment Awaits

6 Places to Be Outside in the USA This Winter 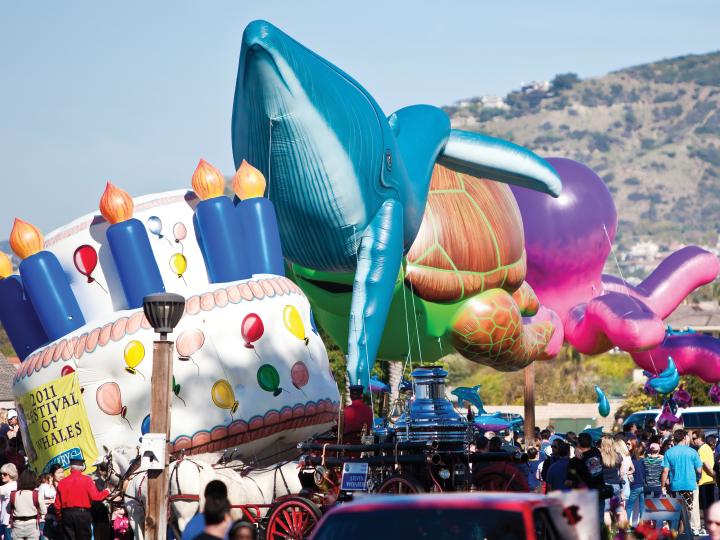 Festival of the Whales