Hovenweep National Monument rising up from the desert landscape

Casting a line into the Dolores River

For over 14 centuries, the Ancestral Pueblo people thrived in Cortez and the surrounding Mesa Verde Country. The power of this magnificent landscape is still felt today by a new generation of artists, poets and travelers. And farm-fresh flavors can still be tasted in locally grown ingredients and vineyards. The call of the wild is answered in the same valleys and mountains today with bikes, kayaks and fishing lines. Their story is retold in cultural centers, museums, dances and demonstrations. Their craftsmanship is displayed at trading posts, galleries and shops. Discover it all in the Southwestern community of Cortez and its surrounds, where you’ll also find the highest concentration of archaeological sites in North America.

Mesa Verde National Park, with its cliff dwellings and mesa top sites, is just the beginning of what this region has to offer. Nearby Ute Mountain Tribal Park was selected by “National Geographic Traveler” as one of “80 World Destinations for Travel in the 21st Century” (only nine places in the U.S. have received this special designation). Also close is Mancos State Park, which draws kayakers, canoeists, boaters and anglers, who find the Jackson Gulch Reservoir stocked with perch and trout. For more adventure on the water, head to McPhee Reservoir, the perfect place for tubing and swimming.

Just a few kilometers from Cortez in a fertile valley with lush vineyards is Canyons of the Ancients National Monument, which includes Hovenweep and Sand Canyons and features 6,000 ancient sites, among them Lowry Pueblo, original location of an 11th century pueblo. Stop in to the Anasazi Heritage Center, a museum that explores Ancestral Pueblo culture and operates as a visitor’s center to the Canyons. A short drive from Cortez brings you to Four Corners National Monument. Mark this one off your bucket list by standing in four states at the same time. Tour Crow Canyon Archaeological Center’s replicated Native structures and learning centers, just 24 kilometers from Mesa Verde National Park.

After a great day of history, venture into town for art galleries, museums, farm-to table cuisine, local brews and shopping. The Ancestral Puebloans farmed the valleys and mesas of southwest Colorado, including current-day Mesa Verde National Park, until around 1300 AD. Growing corn, beans and squash, they laid the agricultural foundation for today's farmers, ranchers and vintners who carry on this long tradition. Four local breweries and two vineyards are available to quench your thirst. For Cortez, agriculture is yet another cultural experience.

There are over 6,000 excavated and undiscovered sites in the region.

Canyons of the Ancients

Ouray, Colorado: Escaping to the Switzerland of the USA

Pagosa Springs: An Abundance of Adventure

How to See 5 Landscapes of Iconic Western Movies

An Insider’s Guide to Monument Valley

Where to See the Great Outdoors on Native American Land

Getting the Shot: Mountain Biking in Moab, Utah

Getting the Shot: Climbing the Penguins in Arches National Park

10 Incredible Selfie Spots Across the USA

Tour One of the Most Beautiful Landmarks in the USA 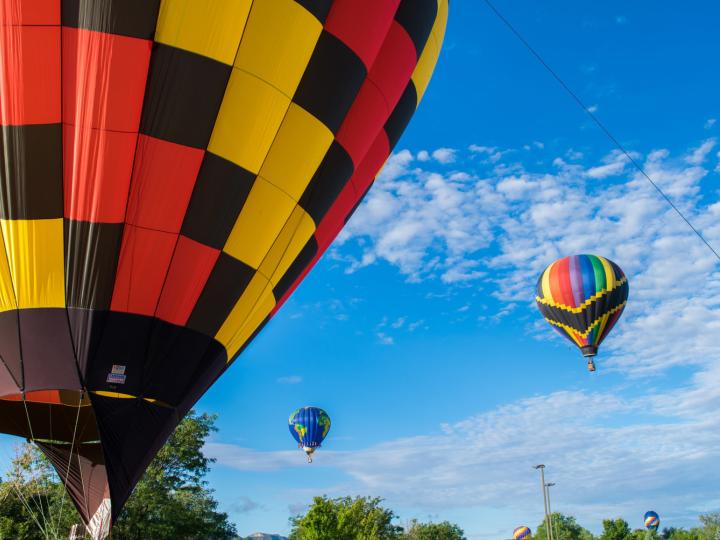 Ute Mountain Round Up Rodeo